Literally Alive Family Theatre strives to create an environment where families can explore great stories through the magic of live theatre in an intimate, comfortable, and engaging atmosphere through multi-art forms including music, theatre, dance, art and puppetry.

Literally Alive specializes in taking classic children’s stories, that we think we know, and making them unique and relevant by exploring the story behind the story while keeping true to its original origins.

We encourage deeper exploration and encourage children to expand their imagination during our interactive pre-show workshops and at home through immersive virtual content.  Our pre-show workshop is the gateway to the joy of experiencing a story live on-stage.  We introduce the children to the all the theatrical elements and share how we put them together to bring the story to life.

On the other side of the footlights, Literally Alive Family Theater creates a home for new and promising talent offering them a safe environment where their art can be cultivated.  Seasoned performers, artists, musicians and directorial staff support, nurture and encourage the growth of exceptional talent at the start of their theatrical careers.  We offer a steppingstone to a life in the theatre offering a solid base of experience to begin their professional careers.  Keep those Playbills because today’s Literally Alive performers are tomorrows stars of Broadway and Hollywood!

Brenda Bell and Michael Sgouros are the creative masters and business team responsible for Literally AliveTM.

We are committed to engaging children in the arts, which develops their imagination and instills the mental flexibility necessary to utilize creative, problem solving in their adult life. High-quality theatrical productions which offer engaging costumes and sets, as well as performances by talented professional actors, reach across the footlights and welcome the child in.

The Ugly Duckling – our premiere Literally AliveTM production — opened in October 1999 at the Little Theatre on West 63rd Street in Manhattan and ran to sold-out audiences for 11 months.

In addition to a full musical, families participated in a pre-show workshop — an adventure that led them to a deeper understanding of how the arts can make a story come alive.

Children were able to experience for themselves how the body can become a falling autumn leaf — creating a beautiful ballet as they swirl in the wind. Half the audience — imagining that they were the duckling — experienced the bitter chill of the winter wind — which the rest of the audience was portraying. These games, along with the creation of an art project (which became part of the set), made the day an unforgettable event.

Setting the stage for a new and exciting form of children’s entertainment, the success of The Ugly Duckling inspired the creation of 20 additional seasons.

Due to the overwhelming response — in year two we moved to a larger facility and made the Hitchcock-Rockefeller Auditorium in the YWCA on Lexington Avenue, (where we produced The Velveteen Rabbit) our new home until it was sold in 2005.

While seeking a new permanent home, our theatre company created custom projects for many organizations including: New York Reads, Borders Books and Music, Governors Island, The Intrepid and NYC Parks and Recreation.

The Players Theatre – Our New Home

In 2007, Literally Alive moved it home-base to Off-Broadway at the historic Players Theatre in Greenwich Village becoming the theater’s first company in residence.  Here we not only found a home for our company, but Brenda Bell (our founder) found a new writing partner in Michael Sgouros and the team of Sgouros & Bell has written 12 original musicals (with 85 songs) together and produced over 48 original musical productions.  Check out our shows here and let us know if you would like to produce one of them at your school or theatre! 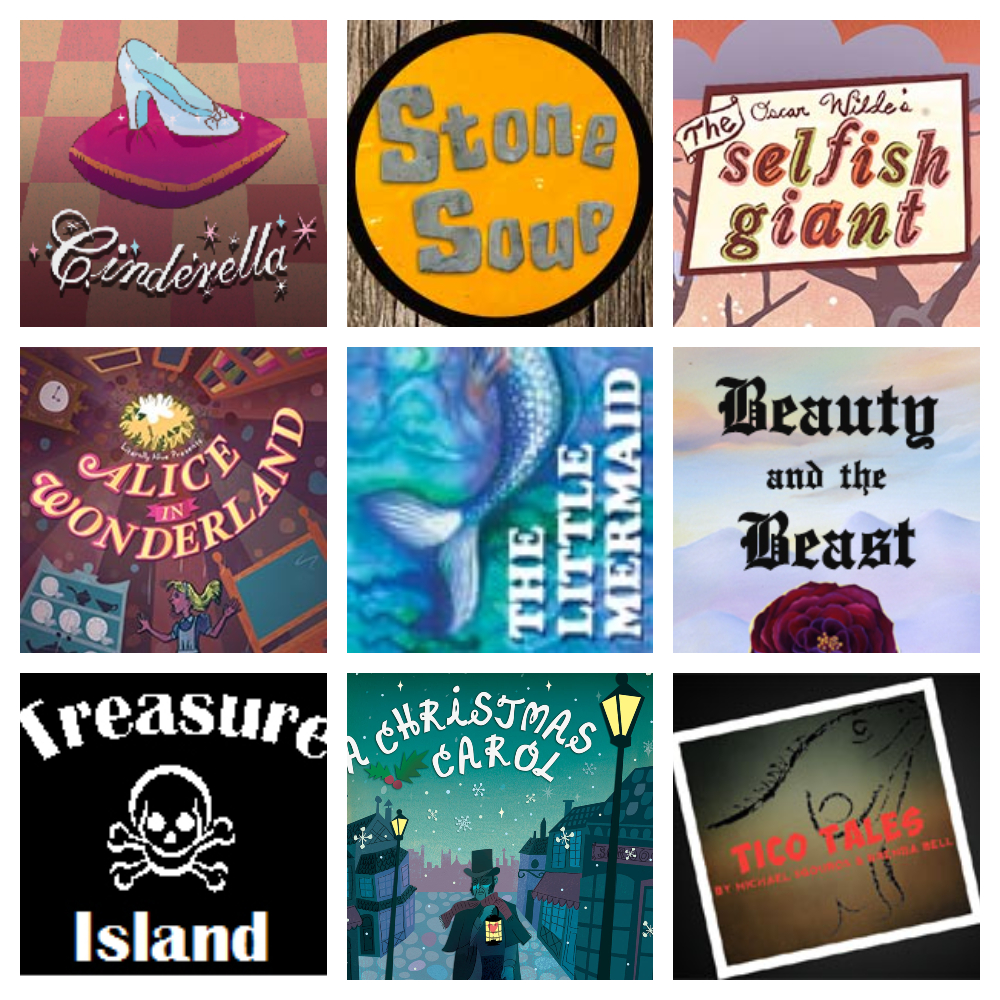 In 2009, Teatro Jaco invited Sgouros & Bell to bring their production of A Christmas Carol to Costa Rica to celebrate the opening of the new family theatre.  The collaboration was such a success that Teatro Jaco commissioned the team to adapt Costa Rican folktales into a musical, which resulted in a production of Tico Tales that premiered in NYC and Costa Rica in 2010.

During the pandemic of 2020, Literally Alive, the Players Theatre and Sgouros & Bell have join forces with Bravo’s Book Nook to create a weekly virtual musical story time with Bravo the theatre Dog.  In conjunction  with our sister company, Be Bold! Productions, we have staged and recorded musical films of Sleepy Hollow and A Christmas Carol which are due to be released in early 2021.

Sgouros & Bell and Literally Alive are available for commissioning of musicals and theatrical performances.  Email: info@sgoruosandbell.com to discuss your project.

As we continue to grow — it is our hope to reach out to other organizations with a similar purpose — join forces — and make Literally AliveTM accessible to children world-wide.

At the Players Theatre

Built in 1907 and converted into an Off-Broadway theatre in the late 1950’s, the Players Theatre has been a jewel in the midst of beautiful Greenwich Village, serving as a magnet for performing artists and their audiences.  The building includes, a main stage Off Broadway theatre, a 50-seat Off-Off Broadway black box theatre, four rehearsal studios, an office suite for arts organizations and the famous Cafe Wha?, which has been a Greenwich Village mainstay since the 1960’s.  www.theplayerstheatre.com